Essential intelligence on the latest developments from the world’s leading digital networks and channels, brought to you by Red Ant.
Red Ant is a specialist in delivering multi-device digital experiences and developing enterprise technology to help retailers drive increased sales and operational performance.
Based in the UK, with offices in China, Hong Kong and Switzerland, Red Ant began as a technology company established in 1999, creating effective ways to help retailers connect with their customers in a rapidly changing digital world.

SOCIAL
Facebook
New Page insights reveal all…
In a smart move which will interest commercial users of the platform, Facebook’s new Page insights offer a sharper understanding of its effectiveness:
1. Simpler metrics: PTAT (‘people talking about’) is now split into Page Likes and People Engaged (the number of unique users who have clicked on, liked, commented on or shared a post), Page Tags and mentions, Checkins and others. The Virality metric has been renamed ‘Engagement rate’, and includes clicks.
2. Differentiation between positive and negative interactions: users can now analyse the difference between positive activity (likes, comments, shares and clicks) and negative activity (hidden posts, spam reports and page unlikes). Readily available on a post-by-post scorecard, Facebook managers can easily access the information they need to make marketing decisions.
3. Insights into who has been reached and who has engaged: these perspectives will allow brands to assess whether their posts need to be ‘boosted’ with paid-for advertising.

G+
A picture paints a thousand words
In what has been seen as a controversial move by some, in the near future a user’s product or service recommendations through G+ will be shown to their friends when they search for the same or similar products, along with their profile picture. It’s relatively simple to opt out, but it may come as a surprise to a lot of G+ users to see their friends’ faces next to a product. It’s a clear example of the delicate balance between privacy and personalisation.

Twitter
What will you be tweeting a year from now?
In a move to allow those using organic or promoted tweets through Twitter’s Ad Products to ensure continuity over weekends, holidays and other ‘downtime’, advertisers can now schedule tweets up to a year in advance.

BlackBerry
Open letter to customers – ‘you can count on us’
BlackBerry has issued an open letter to its customers to reassure them that they can ‘continue to count on’ the brand in the future.
The company has faced numerous challenges over the past few months, after it was announced there was intention to sell the company due its unfavourable financial position and competition in the mobile industry. They have recently agreed a deal with a financial consortium led by Fairfax Financial Holdings to sell for around $4.7 billion, after suffering a decline in sales.
The open letter has been rolled out as an advertisement in 30 newspapers across 9 countries.

Say it with film
Due to improvements in mobile technology and increased smartphone ownership, the use and efficacy of mobile video has been increasing steadily over the past few years.
According to new research, mobile video is three times more effective than desktop in terms of click-throughs, with average CTR for smartphone and tablet campaigns tripling in the past 12 months.
Data has been gathered from more than 3,000 branded campaigns, with the average CTR for mobile coming out at 13.64% compared to 5.45% for desktop.
Interaction rates for mobile have also more than doubled in the last year (up 105.63% to 22.64% in Q3 2013).

Alipay shows the way
Leading third-party online payment solution, Alipay’s mobile app will now allow users of major banks and telecommunication companies to run their accounts through it via direct payments. Users will be able to check their balance and manage their smartphone data plans. The beta version was launched last month and 40 million users have used it to date. Alipay is also trialling ways to allow users to make payments wherever they may be, which has recently included paying by soundwaves when the phone loses connection. 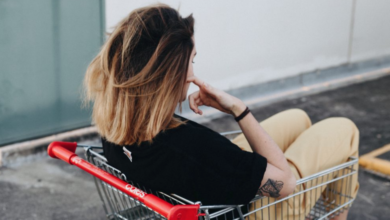